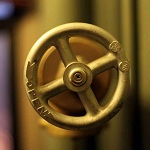 Looking for a valve in this exotic alloy? Find it in the following configurations: Ball, Butterfly, Cast, Check, Control, Cryogenic, Custom made, Foot, Forged, Gate, Globe, Needle, Plug, and Safety relief, as well as Strainers.

As a valve stockist, we stock, supply and distribute valves in exotic materials such as titanium, hastelloy, duplex, super duplex, monel, incoloy, inconel, alloy 20, 254 SMO, 6 Moly,tantalum, zirconium, uranus, 904L both in stock and can also deliver against tight lead times.

A metallic element, titanium is recognized for its high strength-to-weight ratio. It is a strong metal with low density that is quite ductile (especially in an oxygen-free environment), lustrous, and metallic-white in color. The relatively high melting point (over 1,649 °C or 3,000 °F ) makes it useful as a refractory metal.

It is fairly hard although not as hard as some grades of heat-treated steel, non-magnetic and a poor conductor of heat and electricity. Machining requires precautions, as the material will soften and gall if sharp tools and proper cooling methods are not used. Like those made from steel, titanium structures have a fatigue limit which guarantees longevity in some applications.

The metal is a dimorphic allotrope with the hexagonal alpha form changing into the body-centered cubic (lattice) beta form at 882 °C ( 1,619 °F ). The specific heat of the alpha form increases dramatically as it is heated to this transition temperature but then falls and remains fairly constant for the beta form regardless of temperature.

Similar to zirconium and hafnium, an additional omega phase exists, which is thermodynamically stable at high pressures, but which may exist metastably at ambient pressures. This phase is usually hexagonal (ideal) or trigonal (distorted) and can be viewed as being due to a soft longitudinal acoustic phonon of the beta phase causing collapse of (111) planes of atoms.

The most noted chemical property of titanium is its excellent resistance to corrosion; it is almost as resistant as platinum, capable of withstanding attack by acids, moist chlorine in water but is soluble in concentrated acids.

While the following pourbaix diagram shows that titanium is thermodynamically a very reactive metal, it is slow to react with water and air.

This metal forms a passive and protective oxide coating (leading to increased corrosion-resistance) when exposed to elevated temperatures in air, but at room temperatures it resists tarnishing. When it first forms, this protective layer is only 1-2 nm thick but continues to slowly grow; reaching a thickness of 25 nm in four years.

Titanium burns in air when heated to 1200 °C ( 2,200 °F ) and in pure oxygen when heated to 610 °C ( 1,130 °F ) or higher, forming titanium dioxide. As a result, the metal cannot be melted in open air as it burns before the melting point is reached, so melting is only possible in an inert atmosphere or in vacuum. It is also one of the few elements that burns in pure nitrogen gas (it burns at 800 °C or 1,472 °F and forms titanium nitride, which causes embrittlement). Titanium is resistant to dilute sulphuric acid and hydrochloric acid, along with chlorine gas, chloride solutions, and most organic acids. It is paramagnetic (weakly attracted to magnets) and has fairly low electrical and thermal conductivity.

Experiments have shown that natural titanium becomes radioactive after it is bombarded with deuterons, emitting mainly positrons and hard gamma rays. When it is red hot the metal combines with oxygen, and when it reaches 550 °C ( 1,022 °F ) it combines with chlorine It also reacts with the other halogens and absorbs hydrogen.

Star sapphires and rubies get their asterism from the titanium dioxide impurities present in them. Titanates are compounds made with titanium dioxide. Barium titanate has piezoelectric properties, thus making it possible to use it as a transducer in the interconversion of sound and electricity. Esters of titanium are formed by the reaction of alcohols and titanium tetrachloride and are used to waterproof fabrics.

Titanium nitride (TiN) is often used to coat cutting tools, such as drill bits.[20] It also finds use as a gold-colored decorative finish, and as a barrier metal in semiconductor fabrication.

Titanium tetrachloride (titanium(IV) chloride, TiCl4, sometimes called “Tickle”) is a colorless liquid which is used as an intermediate in the manufacture of titanium dioxide for paint. It is widely used in organic chemistry as a Lewis acid, for example in the Mukaiyama aldol condensation. Titanium also forms a lower chloride, titanium(III) chloride (TiCl3), which is used as a reducing agent.

Titanocene dichloride is an important catalyst for carbon-carbon bond formation. Titanium isopropoxide is used for Sharpless epoxidation. Other compounds include titanium bromide (used in metallurgy, superalloys, and high-temperature electrical wiring and coatings) and titanium carbide (found in high-temperature cutting tools and coatings).

About 50 grades of titanium and titanium alloys are designated and currently used, although only a couple of dozen are readily available commercially.[41] The ASTM International recognizes 31 Grades of titanium metal and alloys, of which Grades 1 through 4 are commercially pure (unalloyed). These four are distinguished by their varying degrees of tensile strength, as a function of oxygen content, with Grade 1 being the most ductile (lowest tensile strength with an oxygen content of 0.18%), and Grade 4 the least (highest tensile strength with an oxygen content of 0.40%). The remaining grades are alloys, each designed for specific purposes, be it ductility, strength, hardness, electrical resistivity, creep resistance, resistance to corrosion from specific media, or a combination thereof.

The grades covered by ASTM and other alloys are also produced to meet Aerospace and Military specifications (SAE-AMS, MIL-T), ISO standards, and country-specific specifications, as well as proprietary end-user specifications for aerospace, military, medical, and industrial applications.

In terms of fabrication, all welding of titanium must be done in an inert atmosphere of argon or helium in order to shield it from contamination with atmospheric gases such as oxygen, nitrogen, or hydrogen. Contamination will cause a variety of conditions, such as embrittlement, which will reduce the integrity of the assembly welds and lead to joint failure. Commercially pure flat product (sheet, plate) can be formed readily, but processing must take into account the fact that the metal has a “memory” and tends to spring back. This is especially true of certain high-strength alloys. The metal can be machined using the same equipment and via the same processes as stainless steel.

Titanium is used in steel as an alloying element (ferro-titanium) to reduce grain size and as a deoxidizer, and in stainless steel to reduce carbon content. Titanium is often alloyed with aluminium (to refine grain size), vanadium, copper (to harden), iron, manganese, molybdenum, and with other metals. Applications for titanium mill products (sheet, plate, bar, wire, forgings, castings) can be found in industrial, aerospace, recreational, and emerging markets. Powdered titanium is used in pyrotechnics as a source of bright-burning particles.

Due to its high corrosion resistance to sea water, titanium is used to make propeller shafts and rigging and in the heat exchangers of desalination plants; in heater-chillers for salt water aquariums, fishing line and leader, and for divers’ knives. Titanium is used to manufacture the housings and other components of ocean-deployed surveillance and monitoring devices for scientific and military use. The former Soviet Union developed techniques for making submarines largely out of titanium, which became both the fastest and deepest diving submarines of their time.

Welded titanium pipe and process equipment (heat exchangers, tanks, process vessels, valves) are used in the chemical and petrochemical industries primarily for corrosion resistance. Specific alloys are used in downhole and nickel hydrometallurgy applications due to their high strength titanium Beta C, corrosion resistance, or combination of both. The pulp and paper industry uses titanium in process equipment exposed to corrosive media such as sodium hypochlorite or wet chlorine gas (in the bleachery). Other applications include: ultrasonic welding, wave soldering, and sputtering targets.